Another entry in the diary of an 80’s neurodiverse schoolboy

The bell rings to signal end of registration, the class jumps into action and heads for the door. Its best to hang back and let them all get out first as getting between classes has always been a minefield of sensory overload, obsessions, uncontrolled movements and vocal noises.

I just can’t stand people bumping into me, girl’s ponytails flicking about in my face, chattering voices in my ears and the different smells they all bring from home. Its an assault on my senses!

Lucy is good to follow; she never seems to have many people around her and doesn’t have that annoying hair that whips around like the other girls. Instead its stiff and weirdly shiny.

Moving with the herd, Lucy unknowingly leading the way, people begin moving up from the rear, now I’m surrounded with people pushing from all directions. The different smells of washing powder, sweat and breath are making me feel quite physically sick, all I can see is the backs of heads and sides of faces. Anger, anxiety and rage rise quickly. There is no escape.

Slap! I’ve just slapped Frank across the back of the head, why did I do that? it feels good but also sort of bad at the same time. I have no clue why I do these things it seems things just happen.

In shock at what I’ve done and still anxious from the busy crowd I feel a hand grab my jumper and pull me from the bustling horde. “Come with me!” shouts Mrs Julene and I’m dragged away to her office; she slams the door shut and stares me in the face.

I couldn’t have been caught by a worse teacher, this woman has never liked me, and I have regular run ins with her, it never ends well.

My eyes uncontrollably roll around in their sockets, I hate my eyes they never seem to do as they are told. Slap! A hot sharp pain across the face indicates a five fingered assault.

“Don’t roll your eyes at me” she yells.

Looking at the floor to hide my eyes. Slap! “Look at me when I’m talking to you”

I look up at her, eyes rolling and now my head is flicking. Slap! “I said, don’t roll your eyes at me, you cheeky boy! what are you nodding for!”.

Under attack, my eyes begin to roll faster, head is now flicking violently, I must look insane. Confusion, embarrassment and anxiety create a need to escape, I push her out of the way, yank the door open, run down the corridor and out of the building.

I stand for a few seconds, eyes rolling, head flicking and now strange noises coming from my throat just to add to the madness. I make the decision to leave school and find somewhere to hang out. Walking past the kitchens I can smell the dinners the almost tempt me back inside. School dinners have a unique smell that you don’t get anywhere else.

Later that evening on the way to big Wally’s house I pass the school. Anger and frustration drag me into the school grounds. Standing and staring at Mrs Julene’s window, a raging urge takes over and I find a rock from surrounding bushes. Taking aim at her window, I throw with all my rage. The sound of smashing is louder than I thought, and my anger has turned to excitement, this is great, I feel fantastic.

Picking up another rock now aiming for the staff room, she is not going to enjoy her morning cup of tea in there. As the rock goes through the curtains fly up and inwards, this now adds joy to the excitement.

I can’t stop, now I’m addicted, there’s plenty of windows, many rocks and lots of time.

That night I sleep well and in the morning business as usual, I have forgotten all about my smashing time at the school.

Walking into the school the pine boards remind me of my evenings work, I don’t feel any remorse or guilt, if anything I feel quite justified and self-avenged.

Registration underway and Mr Thompson walks comes in, walks over to me he says calmly “Come with me Gordon”.

I follow him to his office, strangely I’m telling myself I haven’t done anything wrong and I’m not in trouble. Once inside he tells me about this £34,000 of vandalism committed against the school then explains a witness had described me as the vandal.

Boldly I said “Yes, it was me”. I never seem to lie I just admit what I’ve done. I can’t explain why it just doesn’t feel right to say anything but the truth, also I did do it and it was justified.

“Explain to me why you have done this to our school” he says, still calm and leaning back in his chair.

I told him about the day before and when I got to the slapping bit, his face changed and he started taking notes. When I finished, there was an unusual silence as he finished writing, he looked up at me and told me to return to my class.

I wasn’t expecting that, why am I not in punishment and it feels good talking to Mr Thompson, he’s now one of the good ones in my book.

A few days later Mrs Julene was moved from being my head of year and replaced with my new nemesis, a man who never let me forget the cost I owed to the school. 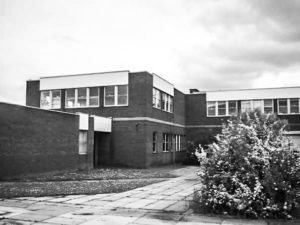