Hiding Neurodiversity in plain sight: A lifetime of Masking, Suppressing and Acting. 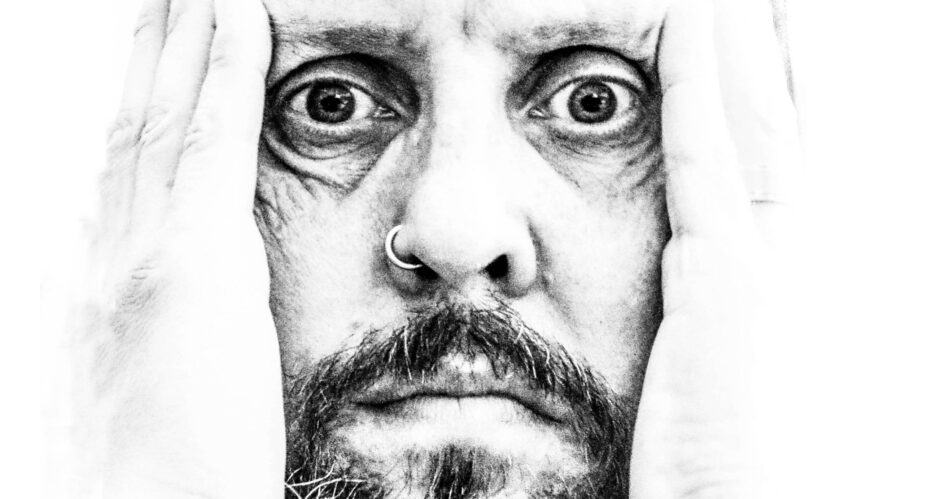 Growing up in a violent home, being unnoticed was important, from a very early age I learned the art of masking and suppressing the conditions I didn’t even know I had.

The skills that I mastered as a child and teenager have come in handy throughout my adult life too.

As I grew up, I navigated the adult world virtually undetected as Neurodiverse and living with undiagnosed Tourette Syndrome, ADHD, Autism and Complex PTSD.

How was this possible? How could anybody hide all that?

To be honest, I didn’t manage to hide it all, but I did manage to keep everyone guessing what was wrong with me, or that anything was wrong at all.

The impact on suppressing tics, urges and compulsions creates a lot of anxiety and stress as well as having a massive impact on my cognitive ability.

One way to understand or experience what it is like to suppress is to have someone watch you closely.

While they watch, hide the movement of your chest as you breath, refrain from blinking and resist any urges to scratch your face while reading a book.

The longer you do this the harder it becomes, the urge to blink and scratch will get stronger, and your breathing may feel awkward and unnatural.

This can be quite physically and mentally challenging.

Suppressing a word can change what would have been said two or three times into shouting it over and over for a prolonged period of time when released.

Suppressing a small neck tic can result in a barrage of violent almost neck breaking tics.

Now imagine you must do this all day at work or school and in public snatching moments when nobody is looking to slip out a tic or two.

This can mean the time you have alone is filled with a volley of built-up tics.

Supressing my ADHD and Autistic traits is much harder, but I do manage with some of my urges and compulsions.

The urges and compulsions I suppress don’t go away and while trying to fight them they often become stronger.

One trick I use to try and satisfy them is by engaging with them in some way but not allowing them to cause harm or damage.

For example, the urge to pull on a steering wheel while I’m a passenger in a car is eased by gently touching the steering wheel during the journey, if I simply just suppressed the urge altogether it could end in with me grabbing it more violently than the original urge.

I use avoidance daily and I can go weeks looking perfectly in control mainly because every movement in and out of the home is carefully planned around avoiding things that I have strong compulsions to engage with in a dangerous and destructive way.

A good example is all my routes are carefully planned to avoid post boxes as I have a strong compulsion to put my possessions inside them.

Masking tics is simple to explain, eye tics are masked with a hand or arm over the face and when I am in public I wear very dark glasses.

I have managed to make some physical tics move in a more natural way such as my neck tic now looks like I have a stiff neck and I am stretching it.

I quickly realised when people are interacting with me, they don’t look at you all the time and often look away, in this brief moment I can squeeze in a tic or two, sometimes people catch me mid tic and look confused, so this is when I deflect them onto something completely random which confuses them in a different way, and they forget about my rolling eyes or gurning mouth.

A swearing tic can be dropped into sentences, yes it looks like I swear a lot but at the time I thought it was better than looking odd.

So, what about ADHD and ASD masking? Seems impossible to some people but it isn’t.

At school I accepted the title of class clown not just as a mask but a whole costume that hid what was out of my control and quite often made me out of control.

When I was eventually crowned the worst pupil in school, I wore that crown with pride as it completed the character that I had created to mask my lack of control.

My schoolwork was erratic and was either excellent or non-existent, homework was never on time or of any real quality.

I spent more time in the corridor than in the classroom as I was often removed for my disruptive behaviour, I preferred the corridor as I didn’t have to hide myself from anyone and made sure I was quickly sent there when the lesson started.

I have met some of my former teachers who are now in their 70s, they never forgot me and say that they my name still comes up when they meet up for coffee.

As a teenager I was able to hide within a group of friends who accepted me as the mad kid of the group that would do anything they challenged me to do, also I was funny, dangerous and outrageous.

I managed to carry this method of hiding within particular peer groups into adulthood using a false persona and alter egos to hide behind.

It was preferable that some people thought I was just a sarcastic, offensive, small minded selfish bully while others thought I was a wild, wacky, funny, bad boy adrenalin junkie.

Much better than the image I had of myself; a weak damaged special person who had something wrong with them.

I struggled day after day with sensory issues that caused outbursts and meltdowns which often caused me to shout and argue with people.

Many times, words would come from my mouth that were not tics, these words would offend people and rather than explain myself I hid behind the bravado of my image which regularly resulted in a violent reaction, but still much better than sympathy for the poor man who has something wrong with him.

In my mid 30s I was struggling to keep up with the constant suppressing, masking and lying.

It was time to get help and after a decade of one diagnosis after another, learning to be open and honest I found myself in a much better world and I can start to realise my potential.

I no longer hide the fact I have these neurological conditions although suppressing tics seems to be something I cannot undo and although that sounds like a good thing, but it isn’t, suppressing tics can be very stressful and cause anxiety.

I had spent most of my life up to the age of 35 acting out many different roles, using different personas masking and suppressing my Neurodiversity to fit in a Neurotypical world and now I am finally me.

No longer do I suffer trying to conform to what is deemed to be normal and acceptable, I am honest about what I need and how I feel, and most people accommodate my differences with the reasonable adjustments I need.

Although I still use different versions of myself, nothing is hidden, instead these versions are coping strategies rather than techniques to hide my conditions.

The photographer gets out and about taking pictures, he is so focused, and tics are reduced, this version has more confidence in public if he has his camera in his hand and is on the hunt for a great photo.

The academic goes to university and can stand in front of hundreds of students and talk for hours about his experiences and answers any questions openly and honestly, he also has a desire to learn more about himself and his conditions, he has come very far in the pursuit of this knowledge and is the author of a popular website.

The fitness addict goes to the gym 5 days a week and is always doing something active; his diet is very clean and healthy most of the time, which also helps with his neurology, the effects of the endorphins from a training session gives him a period afterwards to go shopping with reduced tics and elevated confidence.

The supporter and advocate passes the knowledge of his conditions and techniques learned to others who might benefit, he also helps other like himself with appointments and meetings.

Then there is the version that is just me that struggles with the world and the people in it.

This version has 3 big challenges every day.

It would be so much easier just to hide in here forever.

I make many excuses not to leave but I have been lucky enough to come up with many more motivations to push myself out.

Once I am out and away from the conformity of family life, the sensory attacks of the home and the responsibilities of being a husband, father and grandfather, my mind feels free to think and daydream, I never want this feeling to end.

I have on many occasions walked past my own home and kept on walking for hours until something clicks in my head then I go home, and I feel like I am giving up my freedom to think.

Even though I have a large family around me it can be quite lonely at times being the only one like me.